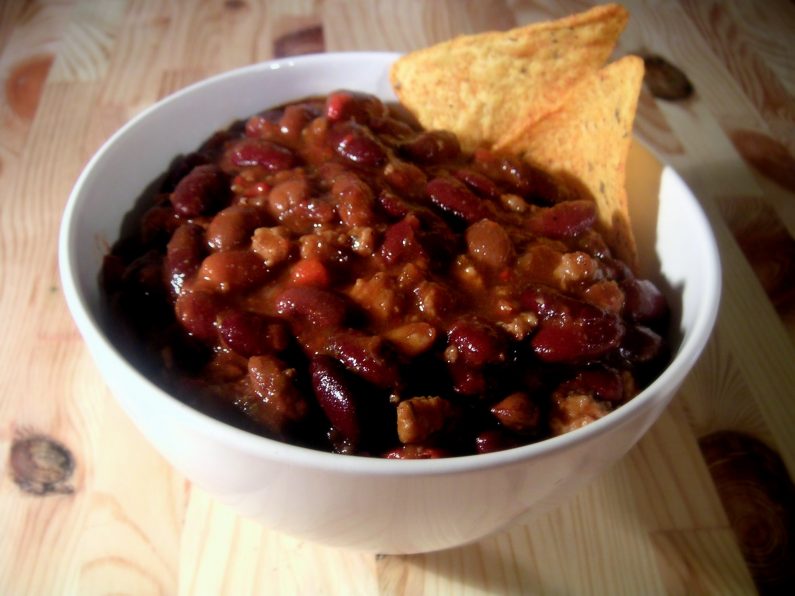 Chili con Carne — that spicy, meaty, slow cooked stew that is so well-known from the American Southwest. Fish ‘n’ Chips — the classic English street food combo of deep-fried, breaded fish fillets and crispy chips (French fries to Americans). Foie Gras — fatty goose or duck liver, often utilized in any number of French haute cuisine dishes. What do they all have in common?

While widely eaten and strongly associated with their regions of origin, each have little known connections to the Jewish people, and our history.

The strongest (and best known) of the connections applies to fish ‘n’ chips. Invented in the immigrant-heavy East End of London, this dish combines two elements that share one production method — deep frying. Frying battered fish fillets (for this dish, plaice, cod or haddock are most common) were typical to Sephardic Jewish cooking. The Oxford Companion to Food notes “As Cluadia Roden (1996) observes, there was a strong Jewish tradition of frying fish in batter and eating it cold. And it was ‘fried fish in the Jewish fashion’ which Thomas Jefferson discovered when he came to London and which was included in the first Jewish cookbook in English (1846).”(1)The Oxford Companion to Food, Alan Davidson

The Jews were expelled from England in 1290, and the first Jews to return, slowly starting in the 17th century, were from Holland and of Spanish-Portuguese descent. Many settled in London’s East End, and in fact the oldest UK synagogue still in use is the Sephardic Bevis Marks Synagogue in that area.

By the 19th century, there were also a number of Irish immigrants in the same part of the city, and their chips shops stood alongside those of Jewish fishmongers. Jewish immigrant Joseph Malin has been recognized as the first to look at these two deep-fried foods and put them together into one delicious combo (in 1860).

On a side note, the Sephardim typically covered their fried fish in “agristada” — a thick lemon-egg sauce that is still common today. As they moved in a different direction from Spain following the Expulsion, some arrived in Greece. There, they left their mark on the local cuisine, and Greeks have a soup that incorporates this sauce, known as avgolemono (literally “egg-lemon”).(2)Encyclopedia of Jewish Food, Gil Marks

That same Expulsion edict that sent Jews east towards Greece (as well as Italy and Turkey) and north to Holland and later to England, also set remnants in other directions. Some Jews found their way to the New World, starting early communities in places such as Suriname, Curacao, Brazil and Mexico. But even more than openly Jewish immigrants, there were also large contingents of so-called “Crypto-Jews” — those who outwardly converted to Christianity, but secretly maintained some connection to their Jewish heritage in secret. (While there was less enforcement in Latin America, the Inquisition did reach the Western Hemisphere, require the maintenance of this secretive lifestyle.)

Mexicans had already been making stews that included chili peppers, but it has been argued that it may have been these same “Conversos” who added in the meat and beans. (By the way, fierce arguments rage among chili/chile/chilli aficionados not just on the spelling of the dish’s name, but also about whether beans should or should not be included.) Chili con carne has similar ingredients — and the slow-cooked method — as hamin, the traditional Shabbat stew that took a big culinary leap forward during the Golden Age of Spanish Jewry.(3)Encyclopedia of Jewish Food

We even have evidence from Inquisition records of New Christians in Brazil making Sabbath stews of beef and chili peppers.(4)A Drizzle of Honey: The Lives and Recipes of Spain’s Secret Jews, David M. Gitlitz & Linda Kay Davidson While this is unlikely to be a direct antecedent to chili con carne, due to the geographic distance, it does show a similar predilection and connection to the same culinary precursor.

The Jewish connection to foie gras is more certain than to chili con carne, though somewhat less significant than to fish ‘n’ chips. People have engaged in the process of purposefully fattening geese since ancient times, both in Egypt and Rome. While the Romans may have spread the technique to France, once they left, it was the Jews who kept it alive.(5)The Jewish Kitchen: Recipes and Stories from Around the World, Clarissa Hyman (Alternatively, it may have been Italian Jews who kept the tradition alive, later transporting it to Ashkenaz.) So much so, that by the Middle Ages, Ashkenazi Jews specialized in the process of creating foie gras and were recognized as the masters of it.(6)Eat and Be Satisfied: A Social History of Jewish Food, John Cooper

Interestingly, the foie gras itself was not the primary goal of these Jewish goose farmers. It was a by-product of the desire to create enough schmaltz — rendered poultry fat — for cooking through the year.(7)Encyclopedia of Jewish Food Since the laws of kashrut forbid any mixing of milk and meat, butter could not be used as a cooking medium for any meat product. And since pork is also forbidden, lard (rendered pig fat) could also not be used. While Jews living around the Mediterranean region and the Arabian/Mesopotamian areas had access to olive oil, this was inaccessible to the Jews living in more northern climes. So they would render the fat of geese, ducks and chickens, and use that schmaltz for much of their cooking. (In another notable similarity, that is also a reason for agristada’s popularity among Sephardic Jews – it could be used as a thickener for meat soups and stews in place of butter.)

Jews were also amongst the first to mash the foie gras into a paste, and mix in things such as egg and onions. (8)The Jewish Kitchen This not only developed into the French pâté de foie gras but also into the classic Ashkenazi “pate”: chopped (chicken) liver.

As is well known, many people today have issues with foie gras, due to the pain inflicted on the geese during force-feeding. Most fascinating to me, however, is that while the practice was not out-right forbidden by Jewish law, already in the Medieval period there were many rabbis who expressly spoke out against it, and many religious people who refused to eat goose liver.(9)Eat and Be Satisfied And in the 12th century, the Rashbam commented on a talmudic parable that the Jews will be held accountable in the end of days for the suffering (tza’ar ba’alei chaim) they caused geese in fattening them. So while it is true that many might not be proud of the Jewish connection to this specific food, I find it notable that, even close to a thousand years ago, there were already some Jews arguing for a more ethical approach to the foods that we consume.

Jews have spread all over the world throughout history, and have integrated (to greater or lesser degrees, but always somewhat) into the cultures that surrounded us. The foods we ate were influenced by what our non-Jewish neighbors ate, often altered in order to meet the requirements of kashrut. But what is often overlooked is the influence that went in the other direction. Many Jewish foods were adopted by non-Jews (as seen by the tens of dishes from around the world that include the word “Jewish” in their names). But even more than that, there are many times where our influence was more subtle, as the examples in this post show. Fish ‘n’ Chips, Chili con Carne and Foie Gras (along with agristada as well) show not only the results of history on the spread of Jews and on their food. They also show the result of that history and spread on the people who surrounded us. 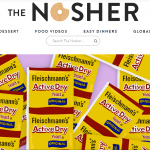 One and a Half New Articles 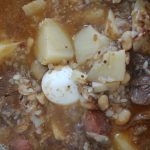 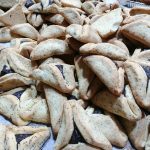