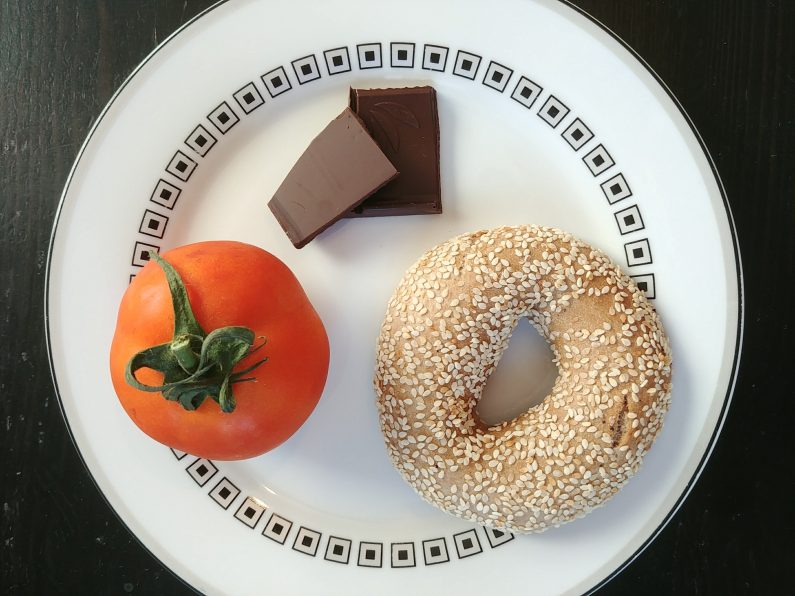 In my post about Bourekas, I touched on some of the culinary results of the Jewish forced migration following the Spanish Expulsion of 1492. Primarily, however, that focused on the effect it had on a Jewish food (i.e. an internally-focused discussion). In a later post about foods whose Jewish connection was less known, I spoke more about how our moves affected foods of the surrounding cultures.

But that barely scratches the surface of how our people’s long and storied history have affected the way people eat around the world. We have been the great transporters of foods between different regions, and as adventurous boundary-crossers we have been the first to blend flavors, ingredients and cooking styles. In the truest sense, Jews were the original culinary movers and shakers!

This is a very broad topic, which I will explore further in greater depth both on this blog and in other venues. But I wanted to use this post as an intro to the topic, discussing the main reasons behind this historical phenomenon, and feature a few examples.

The examples I gave stemming from the Spanish Expulsion are just a few of the most prominent. That cataclysmic event in Jewish History sparked one of the larger forced migrations of our people, but it was far from the only such move. (It is nearly impossible to say the quantity who left, with scholarly estimates ranging wildly. However, 100,000+ people is a perfectly reasonable guess.) The Jewish people began their history in the Land of Israel a few millennia ago, and by now have lived — at some point — literally all over the world. So the history of the Jewish Diaspora must be seen (at least in part) as synonymous with the history of Jewish migrations.

As people move, they bring things with them. In addition to their clothes, heirlooms and personal items, immigrants also carry ideas with them, including tastes, recipes and cooking methods. If you miss the food you used to eat, you cook it in your new country. And if you can’t find all of the ingredients, you use a close approximation as a substitute. In time, your food may be absorbed into the local cuisine, either in its original or its new altered form. Finally, if you left family members and friends back in your old country, you’ll likely stay in touch, and even work with them to bring ingredients from there to your new home.

Yes, this was written as a hypothetical, but moreso, it is a generic summary of the way foods have traveled throughout history.

Following Columbus’ arrival in the Western Hemisphere, eating habits in the “Old World” changed dramatically. A major aspect of the so-called Columbian Exchange, was the transmission to Europe of such foods as potatoes, sweet potatoes, turkey, haricot beans and peanuts.

Tomatoes were another American vegetable completely unknown to Europeans prior to the 1500s. Unlike haricot beans, for example, tomatoes were slow to be adopted as a foodstuff, with many Europeans scared they were actually poisonous. But in the 17th century, a number of Sephardim arrived in Livorno, Italy, welcomed by the Medici Grand Duke. “These Marranos were among the first to introduce tomatoes in Italy — which was the second country after Spain to adopt [them],” explains Claudia Roden. “They did so through their contacts with the Marranos of South America…. The New Christians had been among the first who sailed with Christopher Columbus, and they became involved in the early trade of New World vegetables.”(1)The Book of Jewish Food, Claudia Roden

Roden then points out that such Jewish roots in Italian tomato dishes become obvious through names that reference them as Jewish. For example, the recipe this discussion accompanies is for a dish called Triglie alla Mosaica — a reference to Moses.

Numerous other examples emerge from the so-called Great Jewish Migration from Eastern Europe. From the 1880s through the first quarter of the 1900s, approximately 2.8 million Jews moved to the United States. (Many more emigrated to the UK, Palestine and other countries around the world.) Their integration of this huge Jewish population into American society paved the way for the mainstream acceptance of their foods. Jews brought the dishes they knew from Europe to America, and some of them eventually transcended their roots to become genuinely American. A few prominent examples include bagels, pickles and rye bread.

This migration of Jews, and their foods, left a significant imprint on the cuisine of America.

Historically, Jews have also more actively moved foods, as traders or merchants. Even in ancient times, Jews were preeminent international traders, bringing goods (including food products) from one place to another.

Going back to the Columbian Exchange for a moment, Roden mentioned contact between European Marranos and those in the Americas. These contacts were not purely informal. Many of these Jews tapped their coreligionist connections, directly shipping and selling New World products in Europe. They also commercially farmed some of these products in South America and the Caribbean. Sugar and chocolate are two of the more prominent examples of foods that Jews actively produced, shipped to Europe and distributed widely throughout the continent. While sugarcane was known and used previously, American production was on a previously unparalleled scale. Chocolate, in contrast, was an indigenous American ingredient, like tomatoes or potatoes. Jews were instrumental in its introduction to Europe, and monopolized its early production there. (Rabbi Deborah Prinz has written an entire book that explores the Jewish connection to chocolate!(2)On the Chocolate Trail: A Delicious Adventure Connecting Jews, Religions, History, Travel, Rituals and Recipes to the Magic of Cacao, Rabbi Deborah R. Prinz)

Long before the Columbian Exchange, however, Jewish merchants traded food products around the world. One of the most fascinating and exotic examples took place through the 9th Century. A group of Jewish merchants known as Radhanites essentially monopolized international trade, covering the entire stretch from the Atlantic to the Pacific Oceans. Traveling along four different routes, they traveled from Western Europe and Africa all the way to India and China, and back again, trading goods between the various regions. They did not deal exclusively in food items, but spices were among the primary commodities they brought from the East to Europe.

In his fascinating and in-depth study of the Radhanites, Louis Rabinowitz explains that the goods would need to be relatively easy to transport, while also commanding a high price in the receiving market. Spices clearly met these criteria. The original Arab source that describes these merchants lists cinnamon among the products brought from East to West. Rabinowitz suggests many other spices were subsumed under the collective term “other products of the East.” A source he cites lists 43 different spices they would likely have shipped! Pepper, for example, was so expensive in Europe it was sometimes used as currency; cloves could be 2-3 times as expensive. And during the 9th century, the Radhanites were literally the only ones transporting such goods to Europe.(3)Jewish Merchant Adventurers: A Study of the Radanites, Louis Rabinowitz

Rabinowitz explains the success of the Radhanite enterprise with a number of coinciding factors. Perhaps most frequently overlooked is that Jews have always been great border-crossers, bridging gaps between disparate cultures. In this case, the merchants crossed back and forth between Christian and Muslim territories, also passing through some areas of pagan rule (and even the unique Jewish kingdom of Khazaria). A big part of the history of the Middle Ages and early Modern Period is the continuous struggle between Christianity and Islam. Few members of either religion could freely travel or trade in regions controlled by the other.

Jews, on the other hand, were members of a minority religion, and one that was at least pragmatically tolerated by both religions. Thus, they had the unique ability to cross between the two cultures. They also had generally high literacy, frequent multi-lingual fluency, and the ability to find coreligionists throughout our dispersion (with whom they shared the common language of Hebrew). Mix that all together and you get a recipe for success in international trade. Foods, of course, formed a major element of such trade.

While the Radhanites might be the most exotic example, they were far from the only historical Jewish border-crossing food transporters. Jews have always loved coffee (according to John Cooper, it was known in Egypt as “Jews’ drink”)(4)Eat and Be Satisfied: A Social History of Jewish Food, John Cooper. The first place the drink gained popularity in Europe was in Vienna, Austria, where Jewish intellectuals were among the major consumers. From there, Jews brought coffee (and more importantly, coffeehouse culture) to places such as London and New York City. And “Jacob the Jew” (albeit not from Austria) is credited with opening the first coffeehouse in England, in 1651 Oxford.

The eggplant provides one final example of this border-crossing. While it was the Arabs who brought the eggplant to southern Spain and Italy, it was the Jews (who already ate them in Muslim areas) who crossed north into the Christian-ruled regions and introduced the vegetable there. Roden again points to the name of an Italian dish to illustrate this: an Italian eggplant (aubergine) salad known as Caponata alla Giudea (Jewish-style Caponata).(5)Book of Jewish Food, Roden

The final characteristic of Jewish culture that led to us transporting foods is perhaps the most genuinely Jewish aspect — our religious requirements. The broad rules of kashrut have always meant that observant Jews ate somewhat different foods than their non-Jewish neighbors. But there are a few examples where this influenced the foods of the non-Jews around us.

Already from the Talmudic period, the rabbis introduced wine into numerous Jewish rituals. Examples include the weekly Kiddush on Friday night to the Four Cups of wine at the Passover Seder. At the same time, the rabbis also restricted Jews to drinking only Jewish-produced wine. As Jews moved around the world, they always needed to find a source for kosher wine. Thus, it was the Jews of antiquity who first introduced viticulture into France, and were among the earliest (if not the first) to promote it in Italy.

Perhaps even more interesting is the Jewish connection to citrus cultivation. John Cooper brings together a few sources to explain our involvement. Jews grew citrons throughout North Africa and southern Europe, but not for edible purposes. Rather, the citron (known as etrog in Hebrew) is one of the Four Species that Jews wave on the Sukkot holiday. This very old citrus-growing culture led, as a by-product, to Jews cultivating other citrus fruits. In fact, starting in the 10th century, citron trees in these areas “served as grafting stock for other varieties of citrus, especially the orange.”(6)Eat and Be Satisfied, Cooper

As is often the case, this post ended up being longer than I had originally planned. But I hope you find it interesting. Jews have made a significant impact on the eating habits of the whole world as the great transporters of foods! 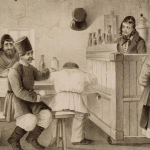 The Good, The Bad and The Boozy: Jews and Prohibition 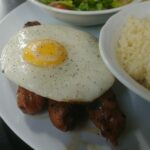 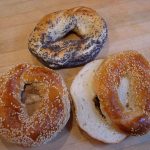