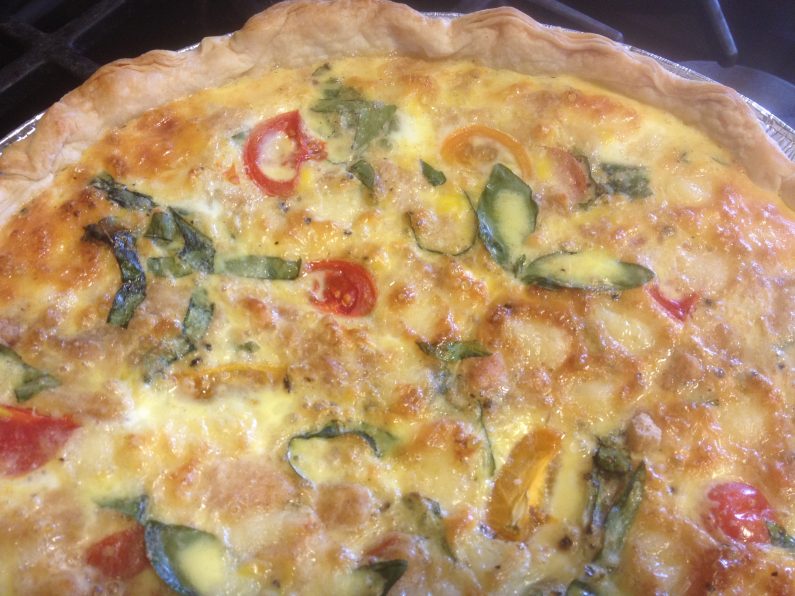 Admittedly, this is going to be a bit of an experimental post. Rather than heavily researching the Jewish history of a specific food, or presenting a broad-strokes analysis of Jewish Food trends, I’d like to explore an idea in progress. Something that has been gestating in my mind for a while, but has not yet fully developed. Hopefully, writing it down will help the idea to crystallize, and/or perhaps some of you have some input to help me take the idea further.

(Due to the nature of this post, it also is a bit long-winded. But I do hope that there are enough interesting points along the way to keep you reading to the end!)

No Need to Repeat

With the popularity of my kugel post, I realized that I should try to write a post about a specific beloved food. And with the Shavuot holiday later this week, I had an obvious starting point. But does the world (or the Internet) really need another article about the Jewish connections to cheesecake or blintzes?

So I started looking for more obscure Shavuot dishes. But while finding more dairy dishes from far-flung Jewish communities (like the many awesome ones that my new friend Emily has up at Poppy and Prune) might give you interesting ways to diversify your Shavuot menu, they didn’t really provide me with any more historical or cultural information than the familiar Ashkenazi dairy staples.

When I looked for non-dairy Shavuot food traditions, I found very few, and not many of substance. Since the core significance of the holiday is an agricultural one, there were vague suggestions of consuming grain-based dishes (hearkening back to the transition at this time from the barley to the wheat harvests) or eating fresh fruits (connecting with the Bikkurim offering in the Temple).

Some communities specifically consumed a meat meal on Shavuot, but the reason for even pointing it out was that they were obviously having a dairy meal, so they found some way to also eat meat to properly honor the holiday itself. And there was no specific meat dish of any significance that they eat.

The closest I could find for a for a Shavuot-specific food that was not specifically dairy is a special elaborate bread called el pan de siete cielos — the bread of the seven heavens. I first came across it (with a great drawing) in Nicholas Stavroulakis’ book on Greek Jewish food(1)Cookbook of the Jews of Greece, Nicholas Stavroulakis. Though it partially misrepresents the book overall and overstates how rare the dish is becoming, this article describes the bread well. And with a little poking I found many other posts about other Sephardic communities that make the same bread. So again, no reason for me to write a redundant post.

Why No More Shavuot Food Traditions?

I think part of why there is such a dearth of other Shavuot food traditions stems from the very essence of this holiday. Shavuot is unique in the Jewish calendar. It is the only one of the Pilgrimage Festivals that lasts only 1 or 2 days (in Israel or the Diaspora respectively). The Torah also assigns no explicit date for the holiday, rather connecting it by a set number of days to the preceding Passover holiday. And while both Passover and Sukkot are provided dual historical and agricultural meanings in the Torah, Shavuot only has agricultural significance. The historical connection of the holiday to revelation at Sinai is nowhere stated explicitly in the Torah itself.

Thus, the only rituals connected directly to the holiday were agricultural Temple sacrifices, none of which have been in effect since the Roman destruction of the Temple nearly 2000 years ago. (It is then, according to Gil Marks, that the historical connection to Receiving the Torah was added by the rabbis.(2)Encyclopedia of Jewish Food, Gil Marks) So with no special rituals or historical connection, what foods could logically become connected to the holiday?

And so, in the same way that the historical connection to the holiday was added on later, infusing the holiday with deeper (some might argue artificial) meaning, so too Jews “created” meaningful food traditions for the holiday. I even saw one claim, which I have not yet been able to source or substantiate, that the custom only started in 14th century France.

The potentially late development of this custom, plus the perhaps synthetic source of the custom might also answer another question: why is it that there are so many “explanations” for this custom?(3)Another over-explored topic, with literally hundreds of articles already written on the subject I myself have found at least 15 different explanations ranging from Biblical-historical reasons to numerical or wordplay hints to practical logic to poetic metaphor.

On the one hand, I’ve always felt that if you get many different answers to the same question, probably none of them are actually correct. If you get the same answer from everyone, then perhaps there’s at least some truth in it. And more than that, I also believe that when doing research on such topics, one must also use a bit of a “BS meter” to assess what actually sounds plausible.

Or, an Alternative Approach

This was what I did when I wrote my post on Mimouna. But in a few of the conversations I had with people after sharing that, I encountered some emotional pushback. While I advanced what sounded to me like the most plausible, others insisted on the significance of some of the other reasons I mentioned, or options I hadn’t heard of previously. I had clearly struck a nerve, which was not at all my intention.

And so I started thinking about how one balances the search for the “true” source of a custom and its “significance.” In other words, does it matter what the real reason is? I would say so, but not to the exclusion of the (potentially) “assigned meaning.”

I believe there is a value in examining why we have created customs and/or meanings for customs in the first place. And in the second, it should be equally important to look at what specific customs and meanings we invent. That’s why this post’s title asks what the custom says about Jewish Culture, not what the foods themselves say.

Jewish culture is infused with tens or maybe even hundreds of different foods that we believe have symbolic value. We eat special foods at times of childbirth, wedding and mourning. Different holidays also have their own symbolic foods (from the symbol-filled Passover Seder, to the pun-filled foods eaten on Rosh Hashana night, to oil-based Channukah dishes and more). Perhaps one of the reasons Judaism features so many foods with meaning is that we are an ancient people. The ancients sought meaning in everyday things moreso than modern peoples. Americans eat a nearly universal “traditional” menu of foods on Thanksgiving, but no one finds meaning in wordplay with turkey, or the metaphoric significance of pumpkin pie’s orange color.

And as a people whose roots lie in our religion, that search for meaning is, for us, understandably infused with spiritual significance. We look to God for blessing and appreciate the historical miracles we believe he performed for our ancestors, and so we infuse our celebratory foods with meaning that reminds us of those values that underpin our culture.

In a brief email exchange this past week with Dr. Jordan D. Rosenblum after I heard him speak as part of the Great Big Jewish Food Fest, I mentioned this idea to him. He told me that this was, in fact, one of the main points of his second book(4)The Jewish Dietary Laws in the Ancient World, Jordan D. Rosenblum. I had not read it yet, but I now have it on order, and look forward to seeing how he develops the point.

Still, he looked at how Jews in ancient times assigned meaning (according to the description of the book that I can read). And I will want to extend that idea through the rest of Jewish history. What are the developing Jewish values and ideas that supply the source material for later-developing Jewish food customs?

While perhaps the “true” reason we eat dairy foods on Shavuot (as has been suggested by many) is that there was a natural abundance of milk from the animals at that time of year as the young calves were weaned from consuming the milk of their mothers. But doesn’t that make for a sad and soulless story? I don’t mean that we should ignore that fact, but shouldn’t we continue to discuss the folk meanings of dairy on Shavuot alongside that?

Isn’t there beautiful poetry in the idea that two side-by-side blintzes remind us of the two tablets of the Ten Commandments? Can’t we learn about Jewish views on spirituality from the explanation that it reminds us that we are mere flesh-and-blood, unlike the angels who ate both milk and meat in Abraham’s tent? And should we not appreciate the mystical strain of Judaism that finds meaning even in the connection between the numerical value (40) of the Hebrew word chalav (milk) with the number of days Moses spent on Mount Sinai?

If you’ve made it this far, I thank you! Please, share your thoughts on this in the comments. What do we do with the myriad “explanations” for food customs that appear to be invented, or at the least not the original source?